Whenever we are talking about apps there’s a word term as a native app. In this blog, I’ll tell you everything that you should know about the Native and React Native applications. 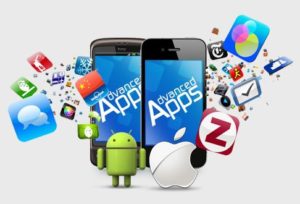 Native apps are present on the device and are penetrating through icons on the device home screen. We install native apps in our mobile device through play store (such as Google Play or Apple’s App Store). They are platform specific and can take full benefits of

all the device characteristics. They can use the camera, the GPS, the accelerometer, the compass, the list of contacts, and so on. We can work offline through Native apps and they use the Notification system.

Native applications coded for specific programming languages such as Objective C for ios and java for android applications.

For example, the Facebook application was once written in HTML5 we can use the same code for iOS, Android, and mobile web. However, this app was slower for iOS users, therefore Facebook’s app developers to create different code for iOS.

With the ability to tap into specific resources, native apps can easily and fastly access various services on a device, like a microphone, accelerometer or push notifications. Native applications examples: range from navigation programs, like Waze, to social apps, such as Twitter, or games, such as Pokemon GO.

We can install Native apps directly on mobile devices. Data related with the native app is stored on the device or remotely — like in cloud-based storage.

WHAT IS REACT NATIVE 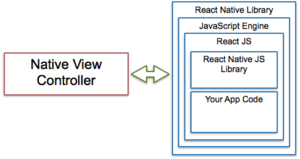 An architecture “Reactive Core Architecture” that allows to have just one code base for the logic and keep the native UI and the web UI separated, maximizing code reuse and maintaining consistency across platforms. 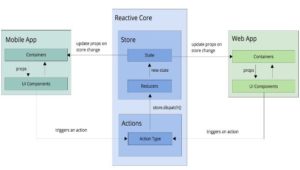 React Native app and React app both use components and containers concepts. The components provide the UI blocks. The containers attach/associates the Redux actions with the UI components.