Whenever we hear the name of Python Programming the one thing that stuck in our mind is what Python actually is? Is it a technology a Programming  Language or a scripting language? Don’t worry here in this blog, I’ll answer all your queries regarding Python

Python is a programming language. Python is object oriented as well as high-level language. It has integrated dynamic semantics.  It is a general-purpose programming language which we can use for almost everything. This language was created by Guido Van Rossum and first released in 1991. There’s a design philosophy in Python programming that emphasizes on the code readability. Constructs that are provided by this language, enables clear programming on both small as well as large scales. Python can be used for web development, software development, mathematics, and system scripting. As a result, it is in high demand these days. (For more Enquiry contact us) 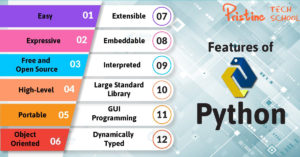 1.A huge amount of standard libraries :

There are so many standard libraries in python that a developer can use for the development for his application. As a result of these libraries more effective apps can be developed.

Usage of Python also helps in accessing the database easily and customizing of the interfaces of different databases like MySQL, Oracle, Microsoft SQL Server, PostgreSQL, and other databases can be done with the help of Python.

Management and reading of python code are easy as compared to other languages. We can easily reuse the Python code. As it is easy to maintain and read the code it becomes easy for a developer to understand the code.

(How to Install Python…) 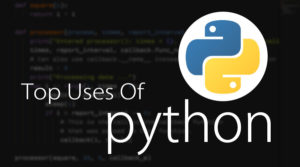 If we want a more interactive interface for our application we can use this language.

As it supports various programming patterns we can use python for complex software.

As we know different source produced data. Python can be used for Hadoop. A library named as Pydoop is there in Python, as a result of which big data can be handled easily.

Which companies are using Python?

Some of the companies that use Python are:

Python is recognized as the official language for google. One of the key languages at Google today, alongside with  C++ and Java is Python. In the google search engine, YouTube,code.google.com  and in open source libraries python is used.

All the libraries in Facebook are being managed by the Python. The third most used language on Facebook is Python. Almost 21% code of Facebook written in Python.

Instagram one of the most used application in the world, mostly written in it.

For data analysis and also in back end  Spotify use it.

Quora is one of the famous company that uses Python.

CAG a Restful web application written in Python. CAG can take these alerts and based on configuration send them via email to interested parties

Why You Should Learn Python? 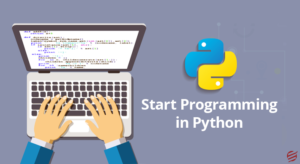 It is a general purpose so it’s not concerned with a single domain. It’s not just a programming language but it also serves as a scripting language. From graphics designer to a website developer can use it. Not only the data management but also the testing frameworks can be provided by it.Some reasons to learn Python are:

It is simple as a result of which is easy to learn python. The code is quite simpler as compared to other programming languages, so if you want to learn any language you can go for Python.

Salary packages are more for Python developers. Chances of growth is more. So for salary growth, you can go with Python. 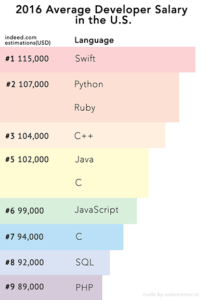 If you are a web developer and want to learn more Python is a perfect option for you.

Python is the future of AI and Machine Learning

AI and Machine Learning also used python. If you want to start your career in AI or in Machine Learning Python learning can be a good option for growth.In other words to learn AI  & ML Python is a must.

What Type Of Job  Opportunities is thereafter learning Python?

Career Options If You Learn Python 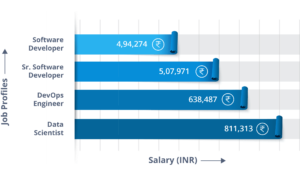 8 thoughts on “Everything You Should Know About Python Programming”